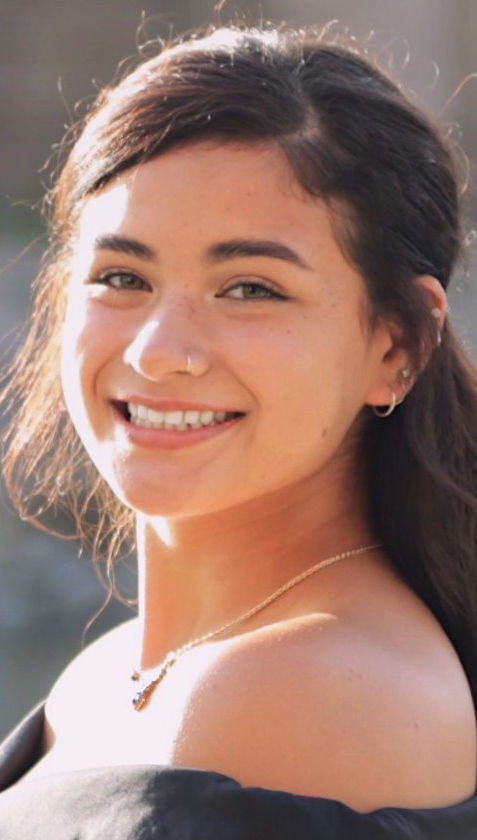 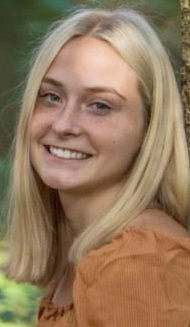 Sabrina Fitzgerald is the daughter of Jeff and Wati Fitzgerald. She is currently a senior at Turner High School.

Sabrina has been on High Honor Roll for all 4 years of high school and has been a part of the National Honor Society for 3 years. Academically, Sabrina has pushed herself by taking 6 AP classes: AP Biology, AP Calculus AB, AP Chemistry, AP English, AP Government and Politics, and AP US History.

Sports have been a huge part of Sabrina’s life and it was very important to her to recover from her torn ACL injury that happened last March. She has been a Varsity Athlete since freshman year and has participated in Basketball and Volleyball for 4 years and Track and Field for 2 years. Sabrina received an honorable mention in the Rock Valley Conference this basketball season.

Sabrina has volunteered with the Salvation Army during the winter season and has done multiple food drives for Student Council and National Honor Society.

In addition to maintaining good grades and playing sports, she has been working at Dunkin’ for almost a year. She also hosts and serves at Sandee’s Thai Fusion in Janesville, WI.

Sabrina is very passionate about music and loves to sing and perform. She is very energetic, caring, and ambitious and will do great things in her future.

Sabrina is hoping to attend UW Madison with a major in Social Work.

Peyton Hasse is the daughter of Bryan and Brandi Hasse. She is currently a Senior at Turner High School. She is currently serving her 3rd year in National Honor Society, and has nearly completed 4 years on the High Honor Roll. The past 2 years, Peyton has taken Advanced Placement Courses in Biology, English, Chemistry and Government and Politics.

Peyton has also participated in other activities and clubs at Turner, including Student Council, NHS, Science Olympiad, Outdoor Pursuits, and Choir.

Athletics and Health are also important to Peyton. She has been a 3 sport athlete with Turner all 4 years, participating in Volleyball, Basketball and Track. Sophomore year Peyton qualified for State with her Relay team during track season. Her team placed 8th at State.

Over the years Peyton has volunteered at the Overflowing Cup, and has also volunteered with her Student Council with yearly food drives.

Along with the above activities, Peyton is employed at Buffalo Wild Wings. She also enjoys anything outdoors, and maintains her health and wellness at Planet Fitness year round.

Peyton will be attending UW Oshkosh in the fall to obtain a degree in Nursing.