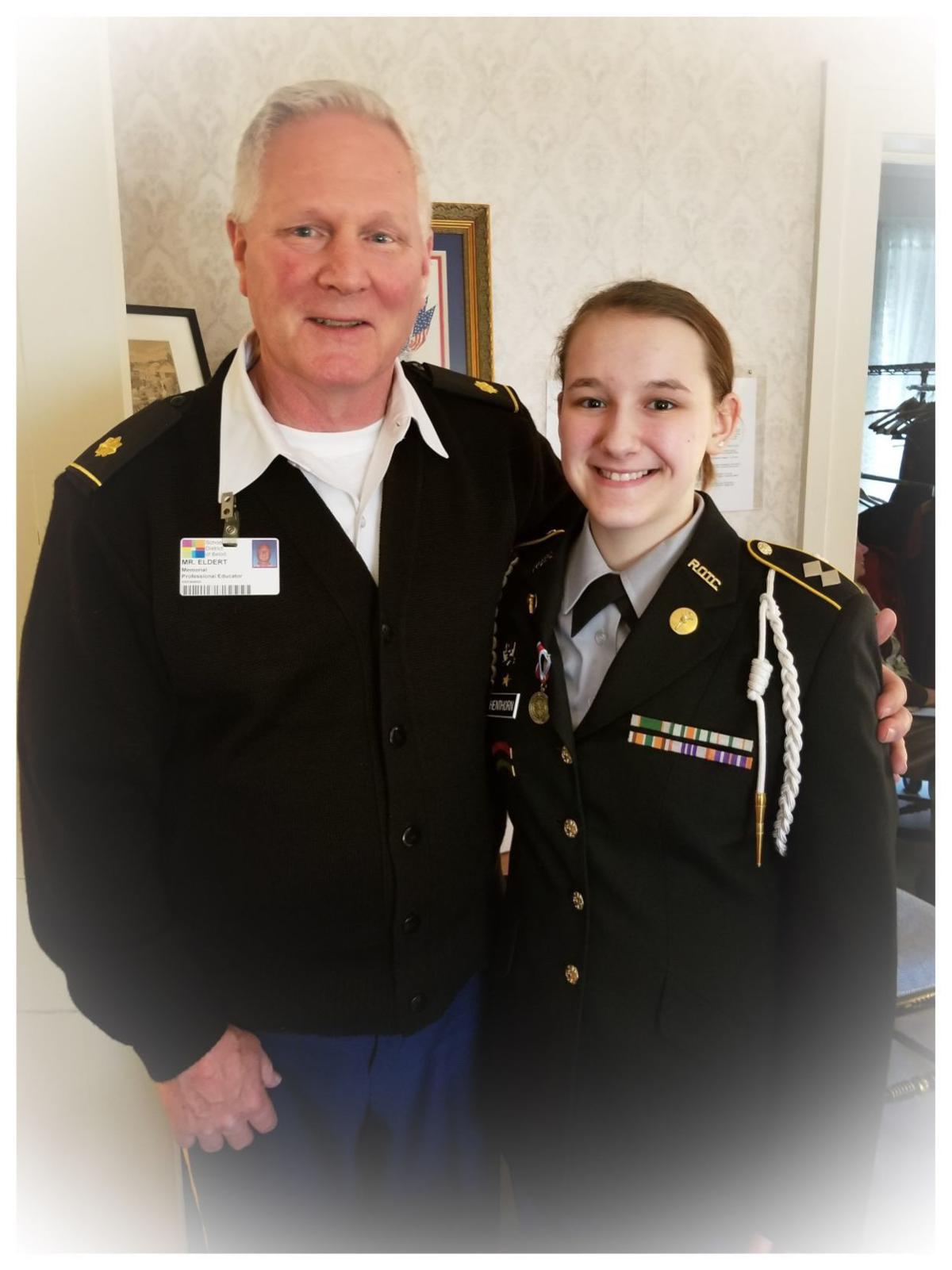 (From left): Major Monte Eldert is photographed with BMHS junior Maggie Henthorn after presenting her with the National Defense Committee ROTC medal. 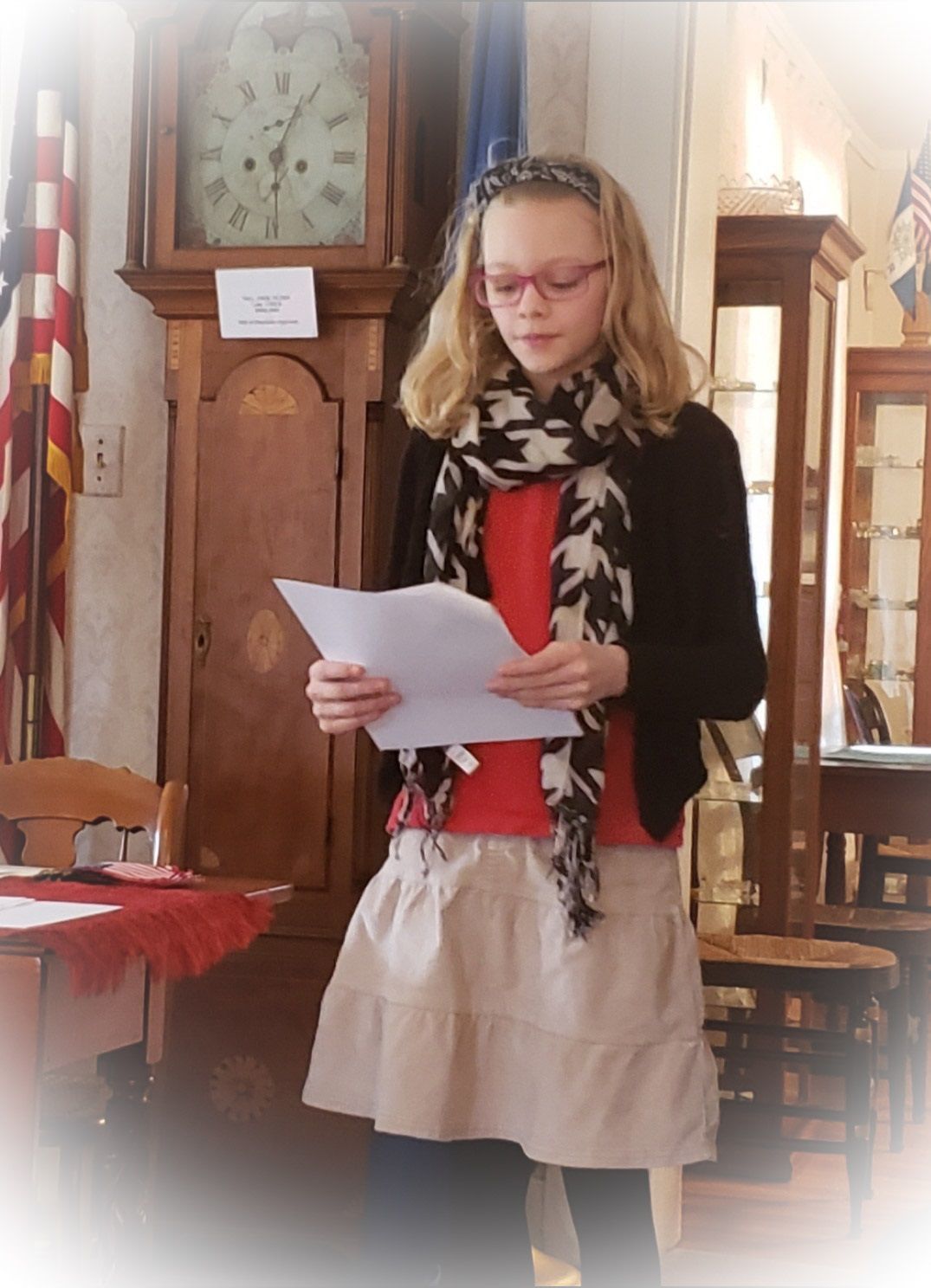 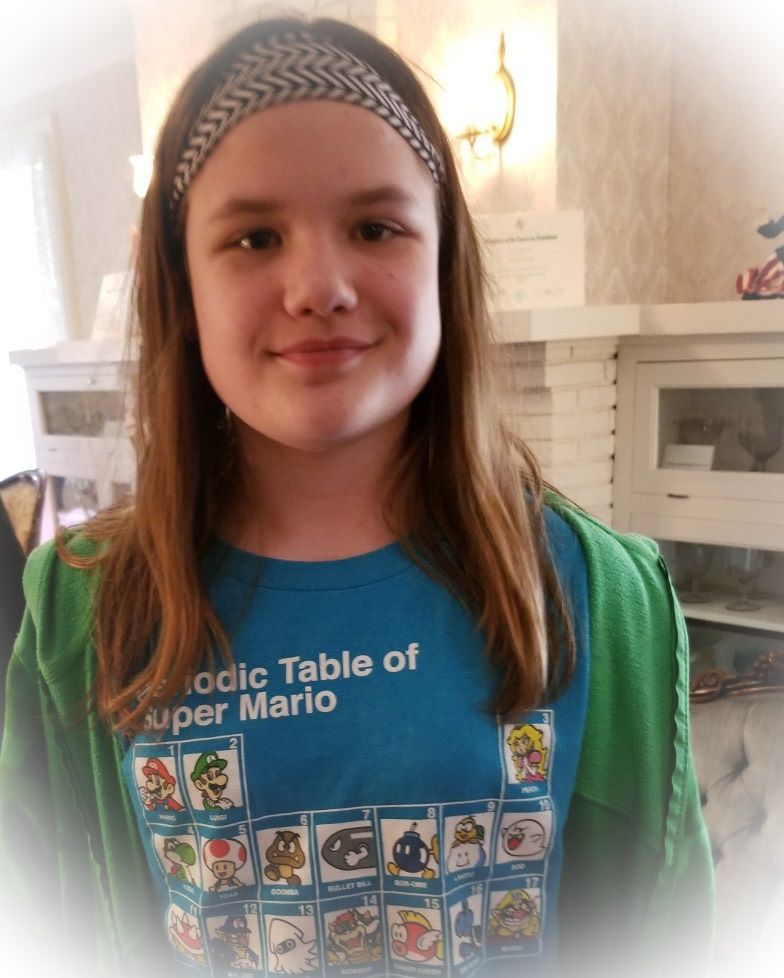 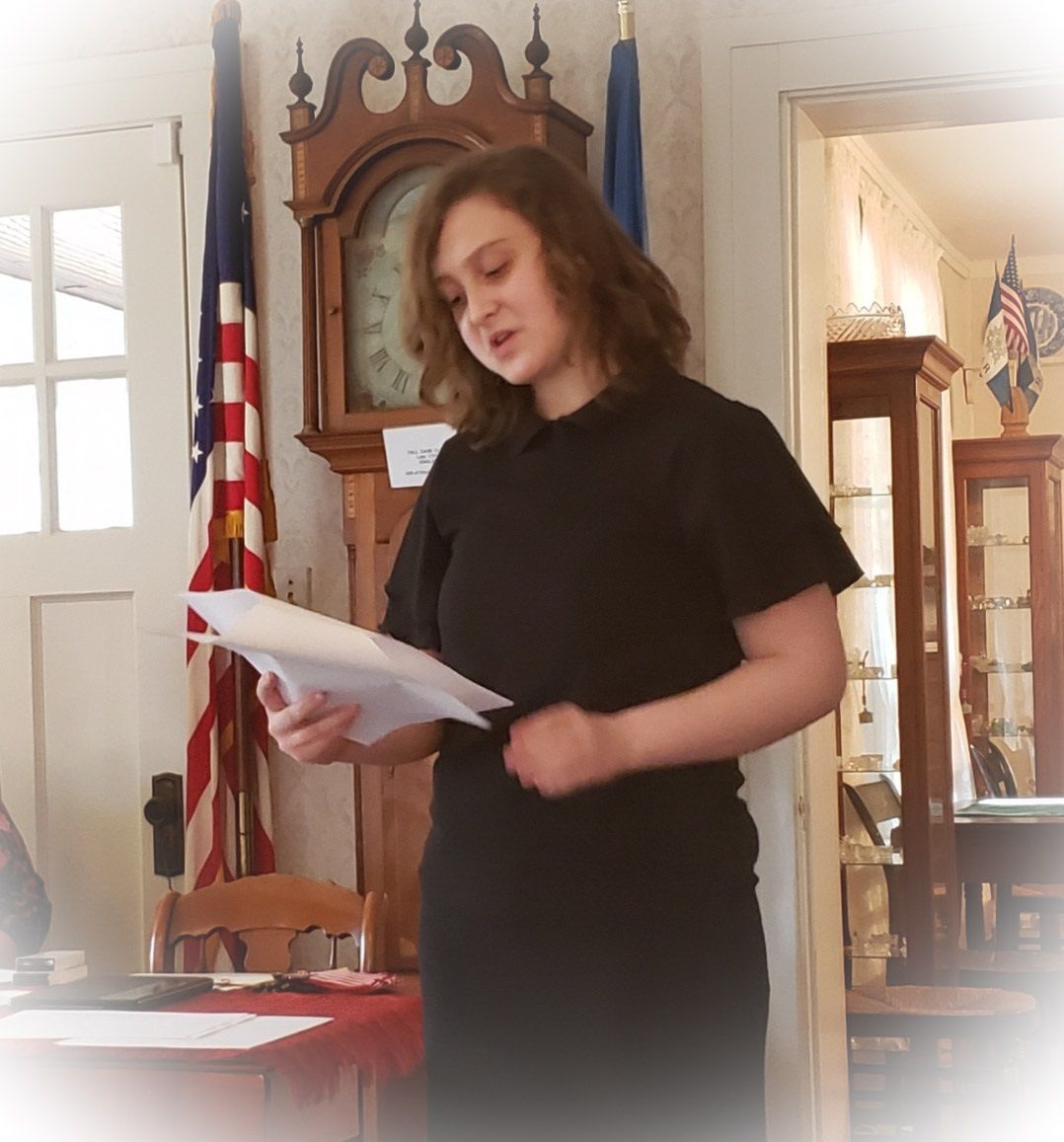 (From left): Major Monte Eldert is photographed with BMHS junior Maggie Henthorn after presenting her with the National Defense Committee ROTC medal.

BELOIT — Each year, the Beloit Chapter, National Society Daughters of the American Revolution (DAR), conducts an American History Essay Contest that is open to all Beloit fifth, sixth, seventh and eighth grade students in public, private, parochial schools and homeschools.

The title of this year’s essay was “The Voyage of the Mayflower,” whose 400th anniversary is commemorated this year. Students imagined themselves being a passenger on the Mayflower in 1620. Additionally, the submission requirements asked them to consider what they would take to prepare for the voyage.

On March 12, 2020, three first place essay winners received a certificate, medal and monetary award from the Beloit Chapter DAR. All students who entered the contest will receive a participation certificate. The first place winners of this year’s essay contest are:

The Chapter also awarded The Daughters of the American Revolution, National Defense Committee ROTC Medal, to Maggie Henthorn, a junior at Beloit Memorial High School. Maggie distinguishes herself as an ROTC student who has demonstrated academic excellence, dependability, good character, adherence to military discipline, leadership and a fundamental and patriotic understanding of the importance of the Reserve Officers Training Corps.